In the middle of the room there is a curd cheese moulding machine from the fifties of the 20th century and in the corner - the cheese washing machine. On the walls you can see overview of the documented production of the Olomouc curd cheese and where the cheese was produced in Loštice. There is also the Wessels family tree composed with respect to curd cheese production. The period of curd cheese factory socialization (1949 - 1989) is also demonstrated here. At that time period, tens curd cheese factories disappeared. The original factory of Karel and Františka Pivný has been returned to the original owners and has undergone the general reconstruction. 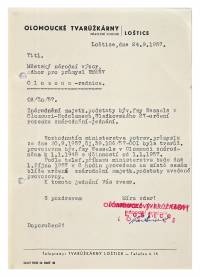 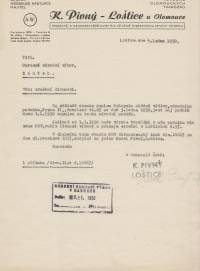